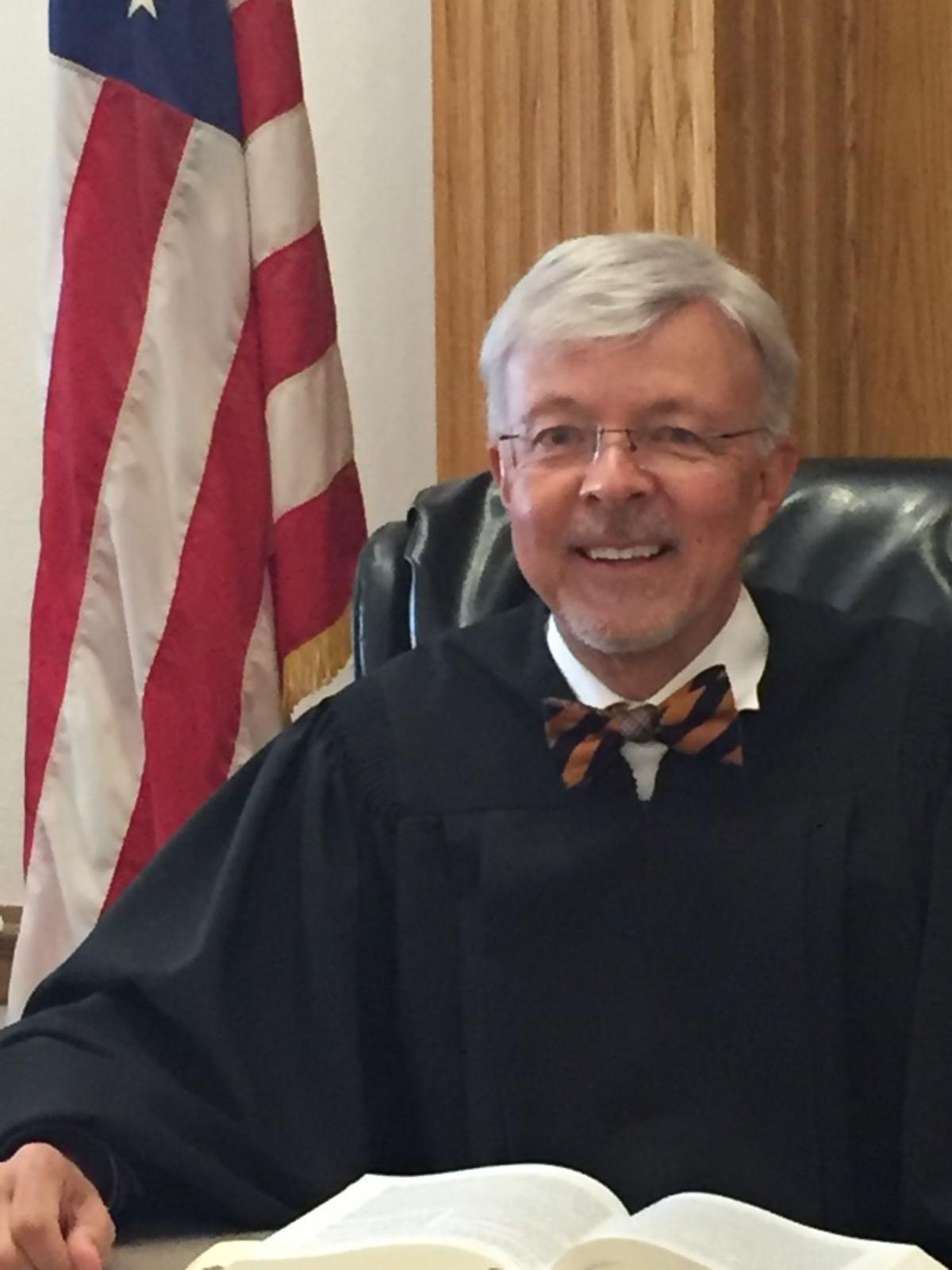 A court document filed Monday alleges that the District Attorney's office “engaged in wrongful actions” in order to keep the conduct of former Chief District Judge Randy Pool (pictured) from becoming publicly known. The document also has new allegations and details regarding Pool’s relationship with a Marion woman. Pool abruptly retired on Nov. 8, 2019 from his position as chief District Court judge, effective that same day. It happened after he was named as the alleged victim in a felony extortion case involving Jennifer Tierce of Marion. 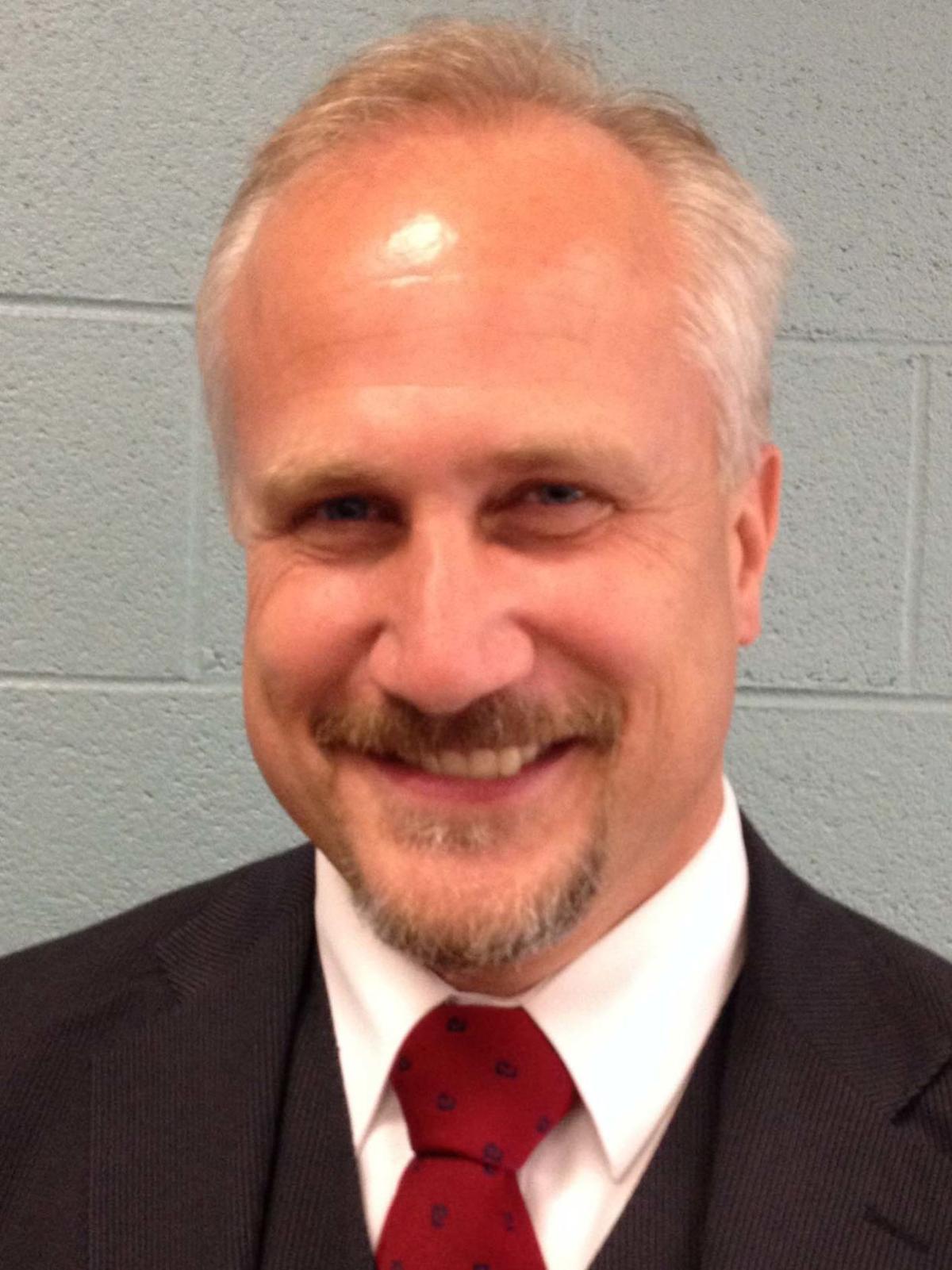 A court document filed Monday alleges that the District Attorney's office “engaged in wrongful actions” in order to keep the conduct of former Chief District Judge Randy Pool (pictured) from becoming publicly known. The document also has new allegations and details regarding Pool’s relationship with a Marion woman. Pool abruptly retired on Nov. 8, 2019 from his position as chief District Court judge, effective that same day. It happened after he was named as the alleged victim in a felony extortion case involving Jennifer Tierce of Marion.

The document also provides details regarding Pool’s relationship with a Marion woman.

Pool abruptly retired on Nov. 8, 2019 from his position as chief District Court judge in McDowell and Rutherford counties, effective that same day. It happened after he was named as the alleged victim in a felony extortion case involving Jennifer Tierce of Marion.

On Monday, attorney Anthony Morrow of Rutherfordton filed a motion in McDowell County Superior Court to have Bell dismissed as the prosecutor in the case regarding Pool and have a special prosecutor appointed instead. Morrow is the lawyer for Tierce, who was charged last fall with one count of felony extortion. Tierce allegedly threatened to send copies of sexually explicit texts and photographs from conversations between Pool and herself if Pool did not pay her $5,000, according to previous court documents.

The new document contains more information about their relationship. According to the document, Pool allegedly stated he “remembered Ms. Tierce from her childhood” when she “attended sleepovers at his home and with his daughter.”

You can read the entire document at mcdowellnews.com

By April 2019, Pool was serving as the chief District Court judge for District 29A and Tierce was an adult. At that time, Pool “began aggressively soliciting Ms. Tierce to comply with his sexually predatory actions.” In addition to using his authority as a judge, Pool also “attempted to further entice Ms. Tierce with financial support.” He frequently communicated with her while holding court, according to the document filed by Morrow.

The document also alleges Pool used two law enforcement officers to intimidate Tierce after she had threatened to publicly disclose what he had been doing. One of the unnamed officers was an SBI agent and the other a member of the local narcotics task force, according to Morrow. They took her to the Sheriff’s Office, without reading her rights or having her lawyer present. There, she was informed by the officers “that she was not to disclose any information about what had happened or that she ‘would be in a lot more trouble,’” according to the document filed by Morrow.

“Fearing what would happen if she spoke – even with an attorney – Ms. Tierce complied with the officers’ demands that she remain silent,” reads the document.

The new document filed on Monday also alleges that Bell and MacKinnon either ignored or attempted to cover up what Pool was doing with Tierce and other women.

“While serving as the prosecutorial arm of District 29A with Mr. Bell, Mr. MacKinnon took no actions to stop Judge Pool after learning of another victim,” reads the document. “The District Attorney’s office knew of multiple victims by the time Ms. Tierce went public and did not charge Judge Pool, report him to the bar and/or Judicial Standards Commission. Thus, although the District Attorney’s office had the ability to prevent Judge Pool from targeting other victims, the prosecutors in that office ‘chose’ to do nothing and, as a result, actively facilitated Judge Pool from preying on more women, including Ms. Tierce.”

The document alleges in May 2019 that MacKinnon contacted Tierce about her Facebook comments regarding Pool when she stated “(Pool) will not get away with this.” He allegedly told Tierce that he saw her comment and spoke with her about his unsuccessful campaign for District Court judge in 2018, when he lost to Pool.

According to the document, MacKinnon said to Tierce: “I had a lot of things I was made aware of during the election and chose not to use them…I’ve heard it is more of the same.”

MacKinnon is now seeking election to a newly created judgeship in District 29A. It is not the one vacated by Pool.

Morrow is also seeking election to the District Court 29A judgeship.

The document filed by Morrow alleges Bell discouraged alleged victims of harassment by the former judge from coming forward.

“Moreover, as Judge Pool learned his misconduct was being made public, he deleted his Facebook page and erased his cellphone messages in an attempt to destroy all evidence of his criminal actions and ethical violations,” reads the document. “Mr. Bell did not file criminal charges against Judge Pool for the destruction of public records as required by the North Carolina Public Records Act.”

The document also alleges that as Pool’s actions began to be publicly known, Bell “immediately submitted charges against Ms. Tierce to the grand jury in an attempt to silence Ms. Tierce and to send a warning shot to all other victims.”

The document further states that Bell also attempted to “intimidate and silence the many women that Judge Pool had used his position of authority to prey on for nearly two decades.”

The document states that Bell planned to file a protective order on Monday, Jan. 6 to prevent any information about Pool’s communications on his Facebook and cellphone account from being disclosed to the public. Pool and Tierce were allegedly communicating with each other and sending sexual messages and nude photographs on Facebook.

The McDowell News reached out Wednesday to Pool, Bell and MacKinnon for comment.

Pool responded with a text. “While I have plenty to say, I can’t comment since she has the pending felony of extortion against her,” he texted. “It would not be proper to try the case in the media.”

Bell also texted and said he could not comment at this time.

“Because it's a pending criminal matter, I cannot comment other than to say we will respond in the proper and appropriate way, which is to the court in a filing and hearing,” texted Bell.

He anticipates the hearing will take place during the February trial term.

MacKinnon said he can’t comment any further than what Bell has already said to the news media.

“Mr. Bell will respond accordingly within the case,” he said.

“'Because it's a pending criminal matter, I cannot comment other than to say we will respond in the PROPER INAPPROPRIATE way, which is to the court in a filing and hearing,” texted Bell."

Capitalizing in this quoted paragraph is my own. Is this a misprint? I must assume so.