Hundreds turn out for peaceful vigils in Marion, Old Fort 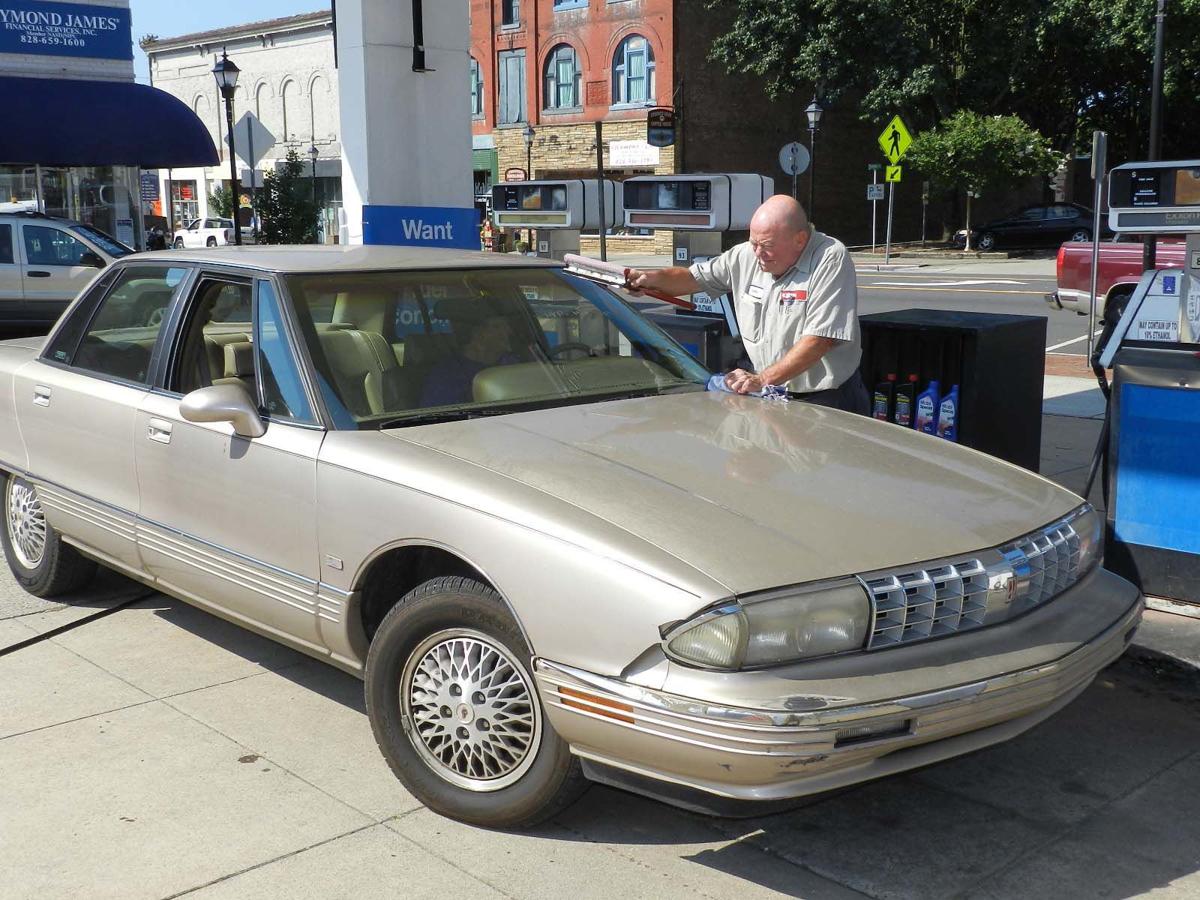 John Lewis cleans the windshield for a customer in August 2012. Lewis retired a few years later but would always be associated with the station he took over 1969. 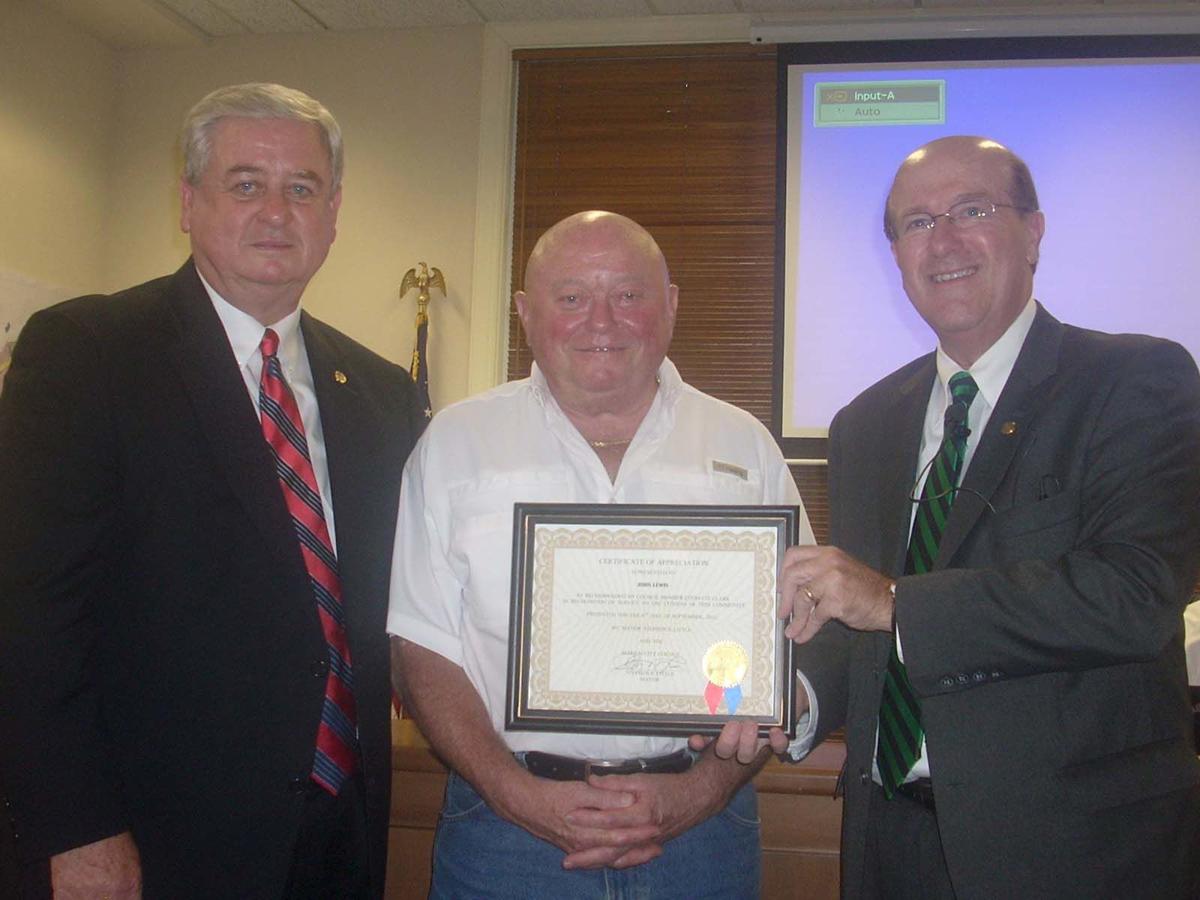 John Lewis, owner and operator of Main Street Exxon, was honored in September 2012 by the Marion City Council as the Citizen of the Month for September. Then Councilman Everette Clark (left), said “Everybody around town knows John Lewis,” said Clark. “He is an institution.” Pictured with Clark and Lewis is Marion Mayor Steve Little (right) 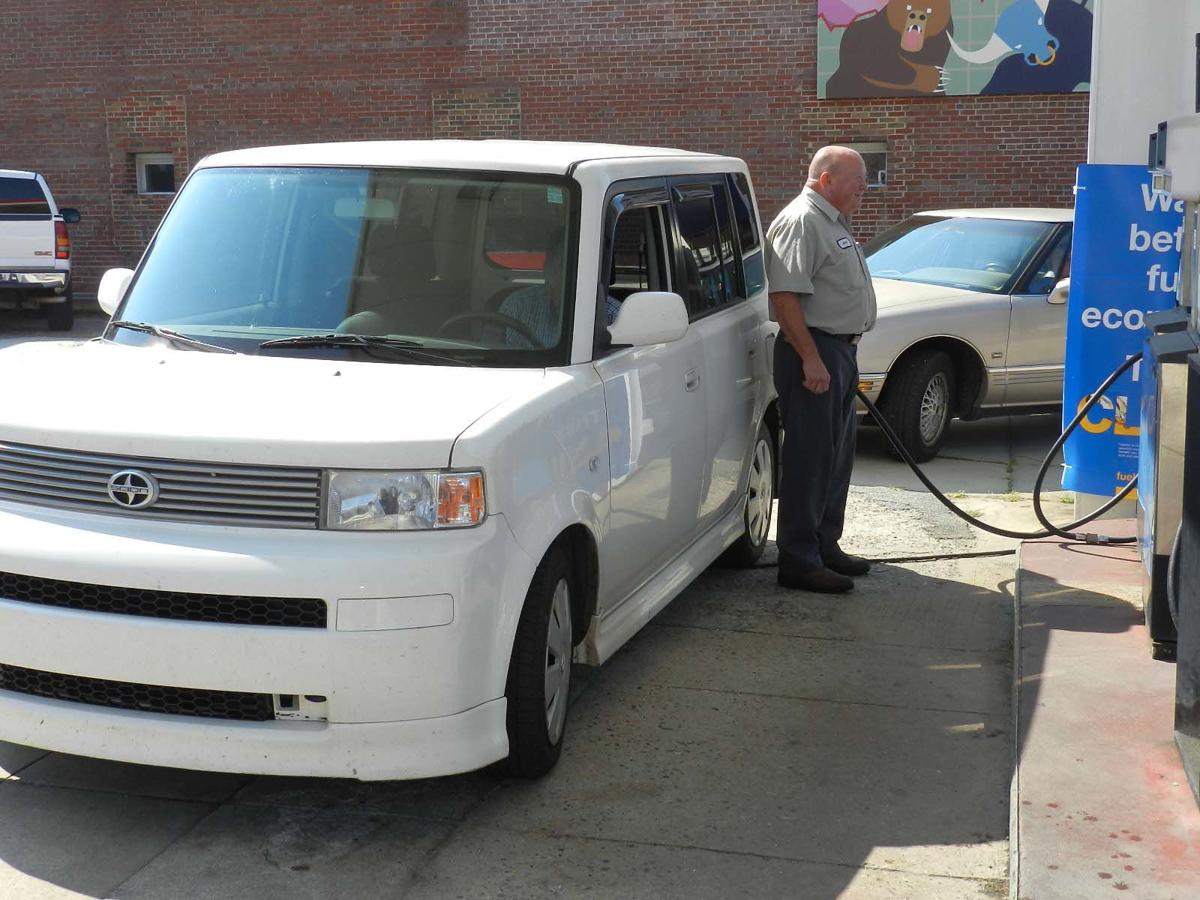 John Lewis cleans the windshield for a customer in August 2012. Lewis retired a few years later but would always be associated with the station he took over 1969.

John Lewis, owner and operator of Main Street Exxon, was honored in September 2012 by the Marion City Council as the Citizen of the Month for September. Then Councilman Everette Clark (left), said “Everybody around town knows John Lewis,” said Clark. “He is an institution.” Pictured with Clark and Lewis is Marion Mayor Steve Little (right)

Editor’s note: In August 2012, Landdis Hollifield, then a reporter with The McDowell News, profiled business owner John Lewis and Main Street Exxon as part of a series on “local treasurers.” Lewis, who died at the age of 73 on Saturday, certainly fit the bill of local treasure. Well known and beloved, “Little John” will be missed by former customers and countless friends. The outpouring of love and loss has been shared many times over on social media. “A beloved man this town has grown to love for many years has finally moved on to his permanent home with other angels this morning,” wrote James Johnson. “A business owner, friend and a family man. From fixing peoples automobiles to having drinks, he was always greeting people with a smile and hospitality.” In honor of Little John, here again is that 2012 profile.

Over the years, Main Street Exxon has gone through a few name changes and owners, but for the majority of its life John Lewis has been the proud owner of the full-service gas station.

The business originally opened in 1945. At one point early on, it was the Young & Buckner Esso Service station. After that, it was owned for a short while by Roy Wise and when he decided to sell the business, John Lewis was ready to take over.

“I’ve owned this business since 1969,” said Lewis. “Of course, the gas station has been here much longer than that. In 1954 they tore down the original building the station was housed in and built this ‘new’ building that we’re in now.”

Since ’69, technology has changed the way a lot of service stations do business, but time hasn’t affected the way Main Street Exxon cares for its clientele.

“We still pump our customers’ gas, clean their windshields and check their oil if they want,” Lewis said. “We also do light repairs and oil changes. That’s the way we’ve always done things. Like they say, you can’t teach an old dog new tricks.”

Lewis’ customers appreciate the fact that he’s kept such services around.

“This station does things the way things should be done,” Mack Bradley said while getting his tank topped off. “I like the way they still offer such friendly, personal service. It’s a place I hope will be around for a long time to come.”

“I’ve been coming here for as long as I can remember,” said Flack. “I love the service and I really don’t know what I would do without this place.”

Part of being there for his customers means that Lewis has spent a lot of time at the station.

“You have to stay with it six days a week,” Lewis explained as he was going over how many hours he had worked over the years. “For the last 43 years, except for a few times, I’ve been the one who puts the key in the door in the morning and I’m the one that closes up at night.”

His dedication to the full-service station is something all of his long-time customers have noticed and appreciated over the years.

“I’ve been coming here for 50 years because of the service you receive,” said Robert Arrington. “My wife and I have two cars between us and both of them are always serviced here.”

Since becoming owner of the station, Lewis has never changed his business philosophy, which is to offer customers “good honest service”.