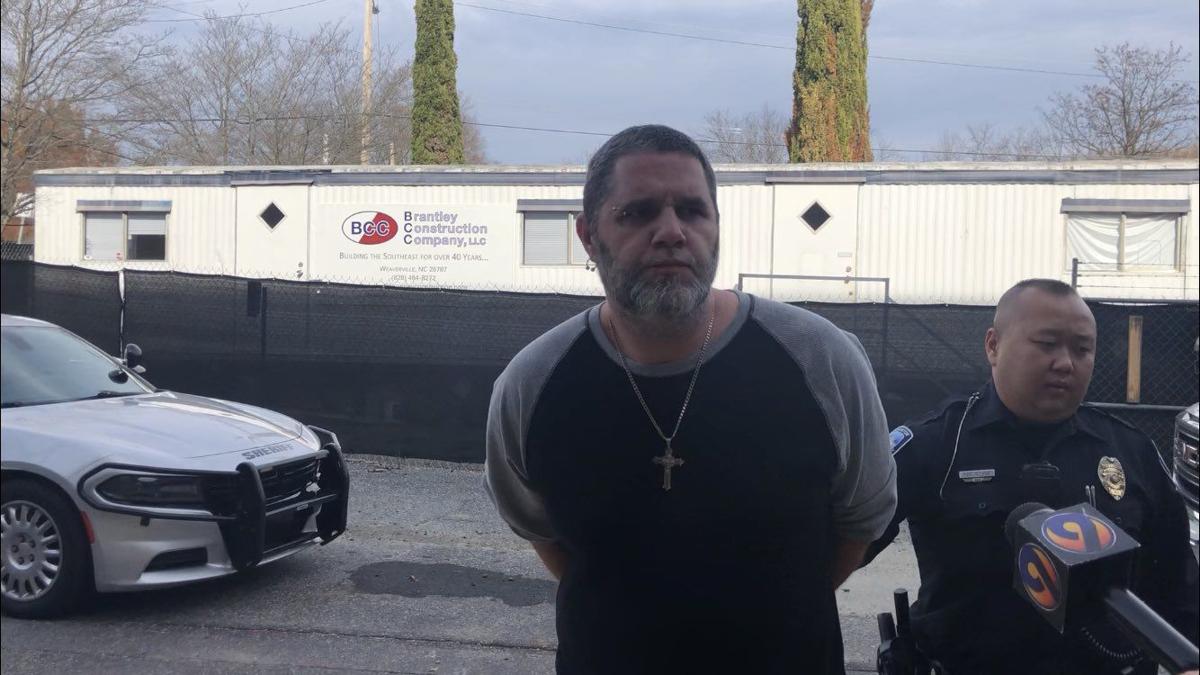 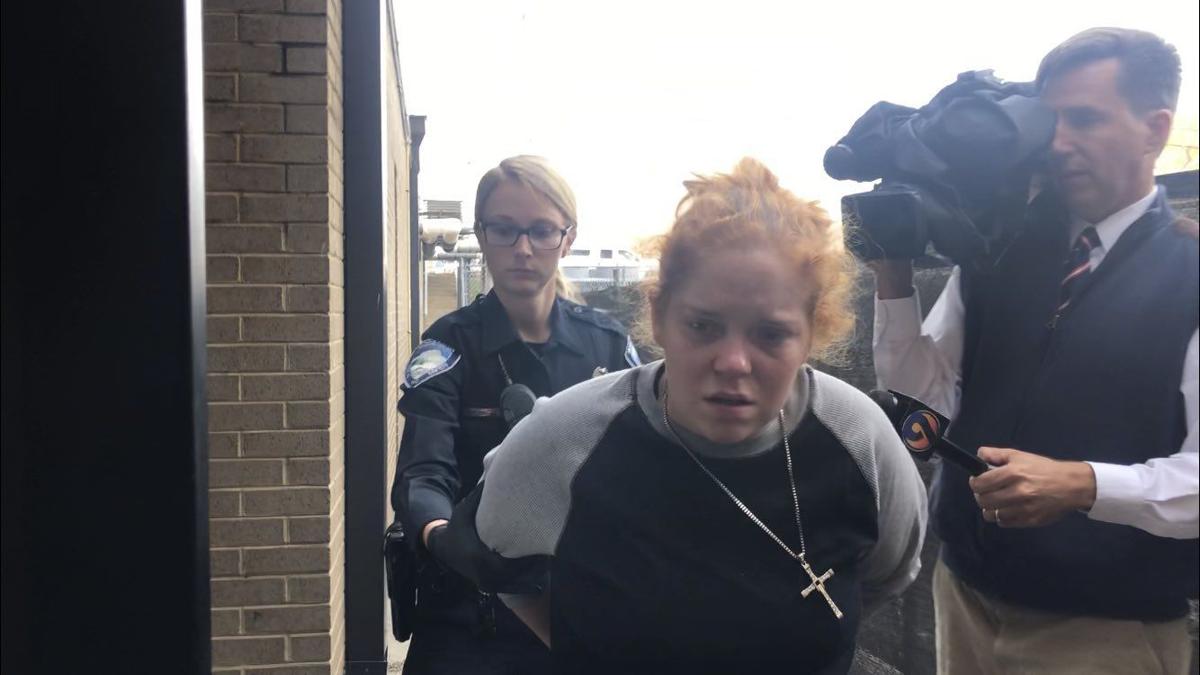 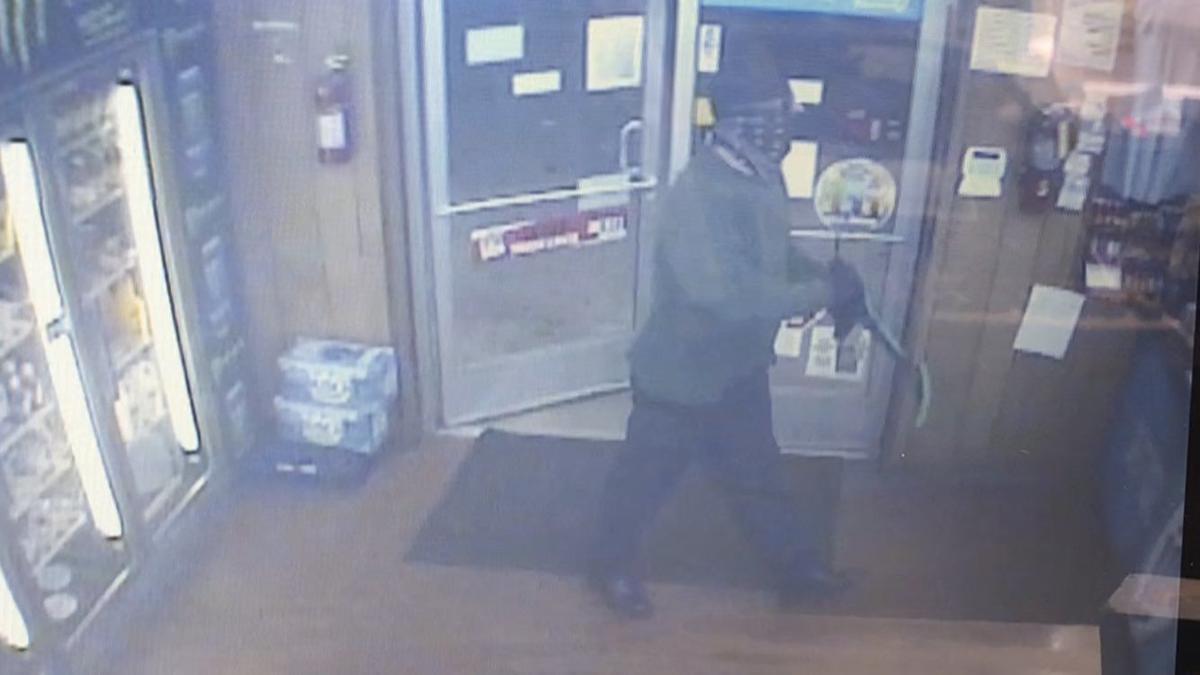 A surveillance photo shows a man wielding an ornamental sword in an armed robbery at a convenience store Monday night.

A surveillance photo shows a man wielding an ornamental sword in an armed robbery at a convenience store Monday night.

MORGANTON -- A clerk and her fiancé have been charged after police say they plotted and carried out an armed robbery Monday night.

Callie Carswell, the clerk who was working when the robbery at Big Daddy's on Carbon City Road took place, was charged with conspiracy for robbery with a dangerous weapon, false report to police and misuse of a 911 system, said Investigator J. Brown with the Morganton Department of Public Safety.

Investigators said the robbery took place after 10 p.m. Monday night when a man with a hat, bandanna and some sort of ornamental sword walked into the store and demanded money from the clerk.

The clerk sobbed as she handed money over from the register and safe to the robber.

"I'm trying," Carswell told the robber through tears in the surveillance video. "I'm trying. Please, I have kids."

When the robber left the store, Carswell called 911.

"I couldn't see anything, he was covered," Carswell said. "He took off in a Toyota Camry. It was grey."

That statement was one of the ways investigators tied Carswell to the robbery, according to an investigator with MDPS. In a follow up interview with Carswell, that detail didn't match up.

It was good, old-fashioned police work that led investigators to connect Carswell and Moore to the case.

"We ... looked at some earlier video from the store and the suspect came in the store earlier," Brown said. "He was wearing the same clothes, the same pants, the same sunglasses. We did some research on social media and found the same bandanna that he was wearing in the robbery."

Police were able to identify Moore, who confessed to the robbery in an interview, Brown said.

"They definitely planned it out together," Brown said.

As Carswell was walked into the Burke County magistrate's office Tuesday afternoon, she threatened reporters who were asking her for a comment.

"I will assault you," Carswell said.

She went on to deny her involvement in the robbery.

"I didn't do it," Carswell said with her back to the reporters. "No. Watch the [expletive] video and you'll see that I was [expletive] terrified. I wasn't involved."

In a public post on her Facebook page from just before 3:30 a.m. Tuesday, Carswell spoke about the robbery.

"I was robbed at my job tonight," the post on the Facebook page. "It was the most scariest [sic] thing I ever been through. I’m ok they took a lot of money but I gave them what they asked for until they left so I could make sure they didn’t kill me. My boss said I done good. I’m ok just extremely shooken [sic] up and had a major anxiety attack."

Chrissy Murphy is a staff writer and can be reached at cmurphy@morganton.com or at 828-432-8941. Follow @cmurphyMNH on Twitter.

Visit www.morganton.com for video of the suspects walking into the Burke County magistrate's office Tuesday afternoon.