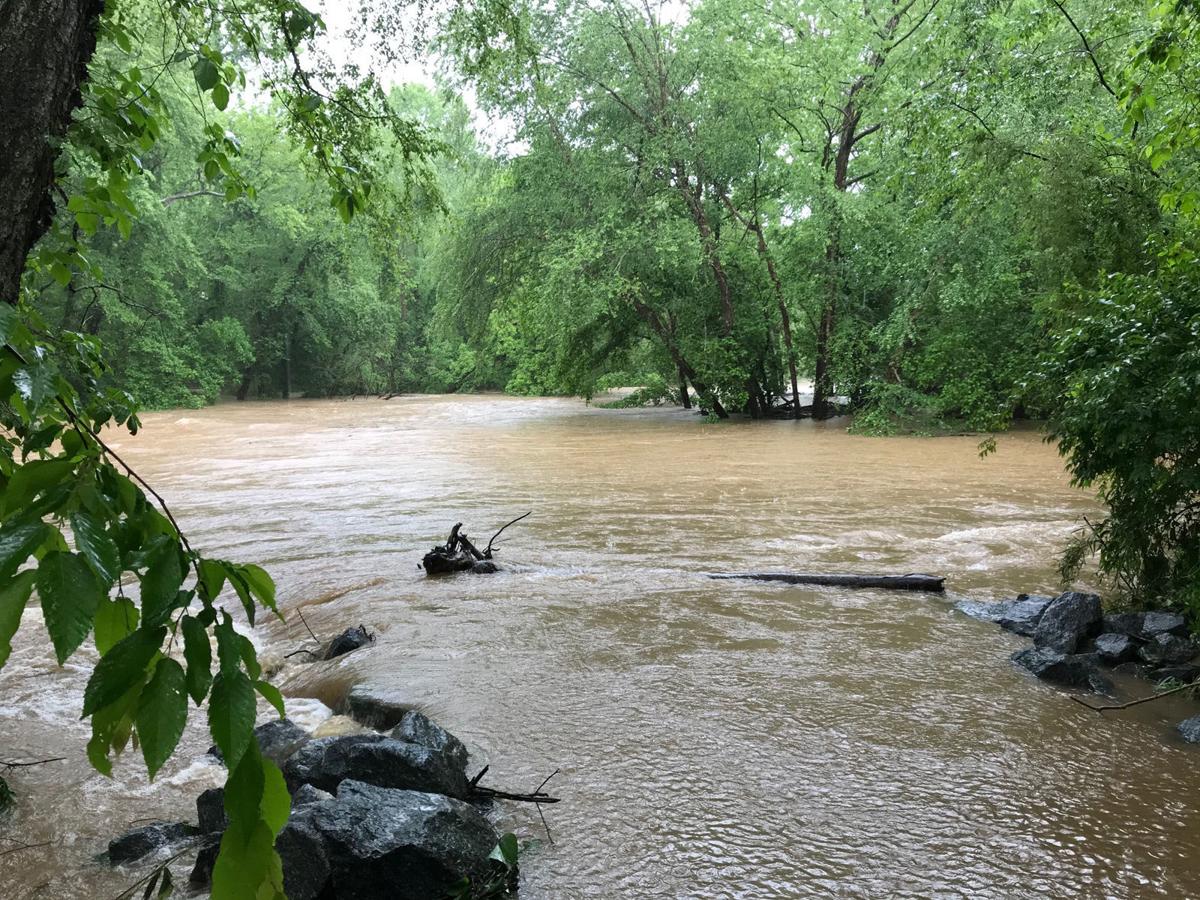 This was the state of the Catawba River at the canoe launch off U.S. 221 Business at 1 p.m. on Wednesday. 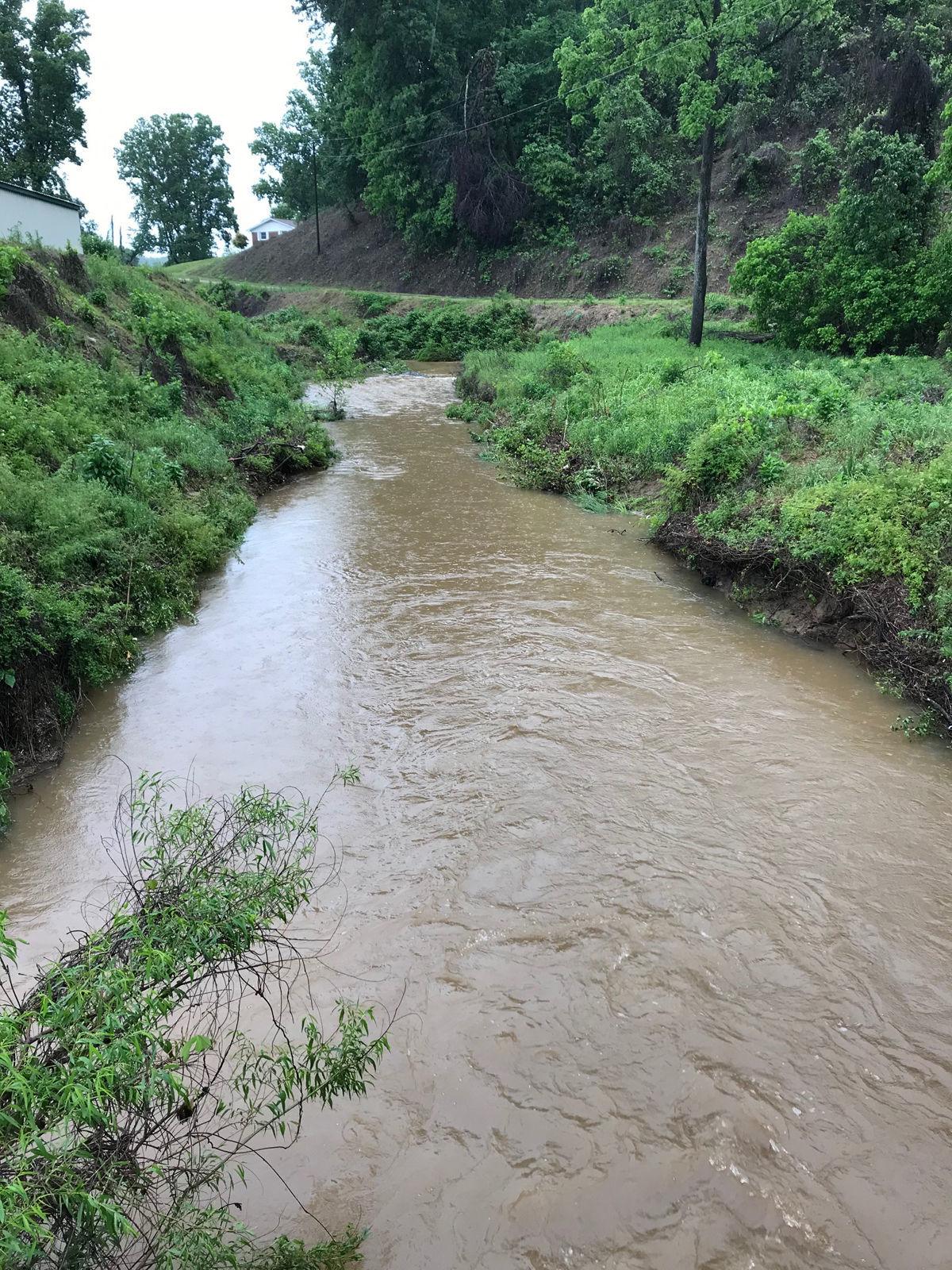 Youngs Fork Creek near the Mount Ida Wilderness Area had risen but was not out of its banks or over the bridge at 1 p.m. on Wednesday.

This was the state of the Catawba River at the canoe launch off U.S. 221 Business at 1 p.m. on Wednesday.

Youngs Fork Creek near the Mount Ida Wilderness Area had risen but was not out of its banks or over the bridge at 1 p.m. on Wednesday.

McDowell County, the city of Marion and the town of Old Fort were under a Local State of Emergency Wednesday due to the ongoing heavy rainfall.

Emergency Services Director William Kehler told The McDowell News that the weather station at the top of Old Fort Mountain has recorded a total of 9.5 inches of rain falling since Tuesday. Furthermore, several locations have reported flash flooding along Mill Creek, the Catawba River and Crooked Creek. There was one small mudslide on Catawba River Road near Old Fort.

“We continue to monitor the rain gauges and river gauges closely,” Kehler said Wednesday afternoon. “Emergency personnel stand ready to respond to any incidents that may develop.”

Earlier on Wednesday, officials with McDowell County, the city of Marion and the town of Old Fort issued State of Emergency declarations.

A portion of the county’s declaration is as follows:

“Whereas, the storm is likely to be of such severity as to be capable of causing landslides and debris flows where rainfall approaches 10 inches with a high rate; and

Whereas, the City of Marion has already experienced damage; and eleven (11) citizens are actively sheltered due to evacuations of campgrounds; and

Whereas, the weather conditions associated with the storm are such as to constitute an imminent threat of widespread or severe damage, injury or loss of life, requiring Mutual Aid assistance…”

“All personnel are hereby ordered to cooperate in the implementation of the provisions of the County’s Emergency Operations Plan and all applicable mutual assistance compacts and agreements, and to furnish assistance there under,” reads the declaration. “This Declaration shall be effective immediately and shall remain in effect until rescinded.”

Making this declaration is a procedural step that municipalities and counties take during times of emergency or disaster, such as this situation. It allows Marion, McDowell County and Old Fort to ask for mutual aid locally and from the state. Declaring a state of emergency is also required to qualify for most state and federal funding, according to city of Marion officials.

Kehler said the local state of emergency activates the county’s Emergency Operations Plan and assists with mutual aid requests from state and federal agencies should additional emergency personnel or equipment be needed during a flood event. It also assists with federal and state reimbursement should substantial damage occur.

In a related matter, Marion reported a discharge of untreated sewer because of the excessive rainfall.

The city had a discharge of approximately 3,500 gallons of untreated wastewater on Tuesday. The discharge occurred at the Clinchfield Sewer Pump Station, near 280 Forsythe St. in Marion, and was caused by excessive rainfall entering into the collection system, according to a news release.

The untreated wastewater was discharged into an unnamed tributary of Lake James in the Catawba River Basin. The N.C. Division of Water Resources was notified of the event on Wednesday and is reviewing the matter.

North Carolina General Statute 143-215.1C requires the owner or operator of any wastewater collection system or treatment works to issue a press release when an untreated wastewater discharge of 1,000 gallons or more reaches surface waters of the state, according to a news release.