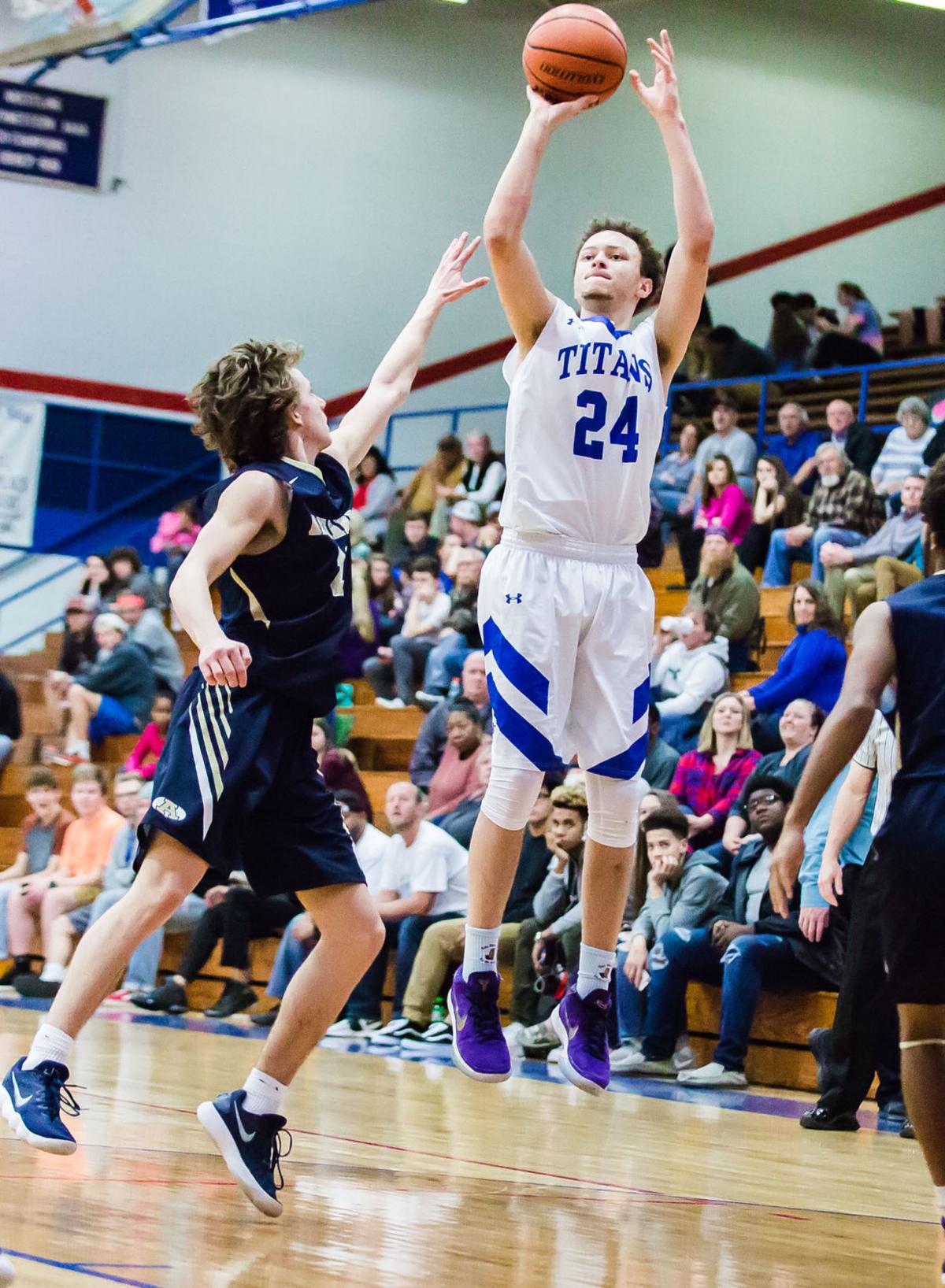 McDowell senior Skyler McKinney shoots a jumper in a win over Alexander Central. McKinney was named to the All-NWC team. Josh Davis/blessmysoulphotography.com 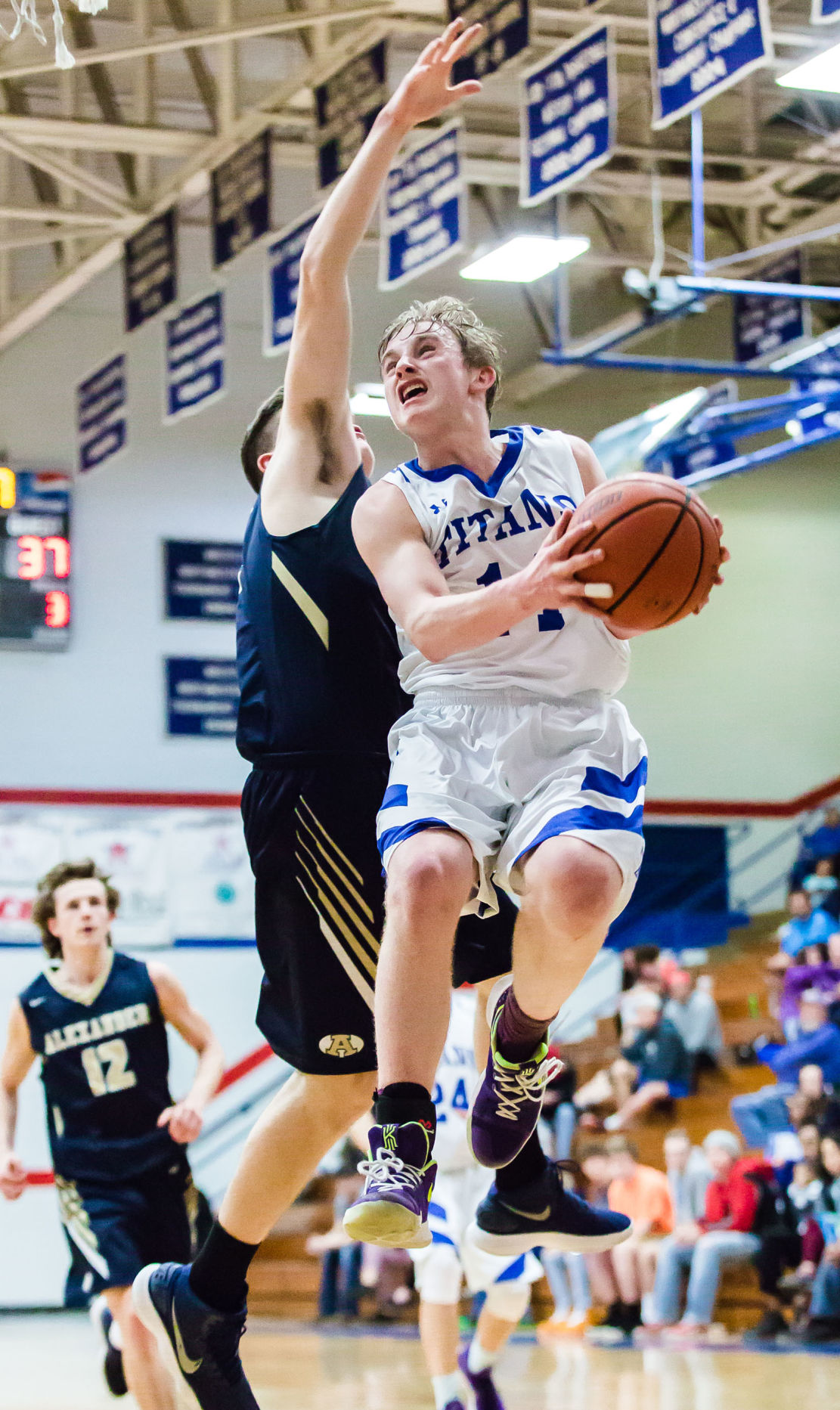 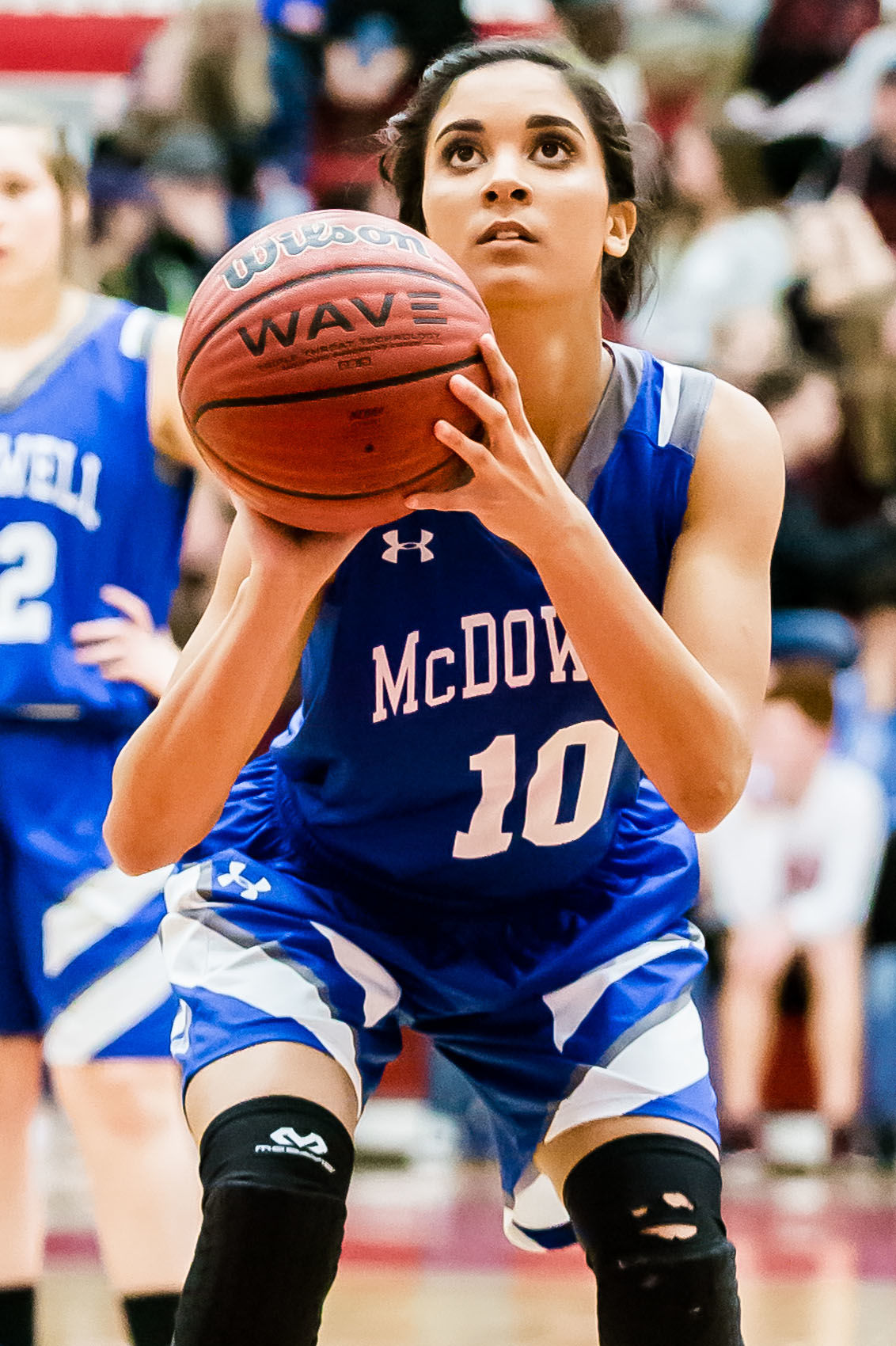 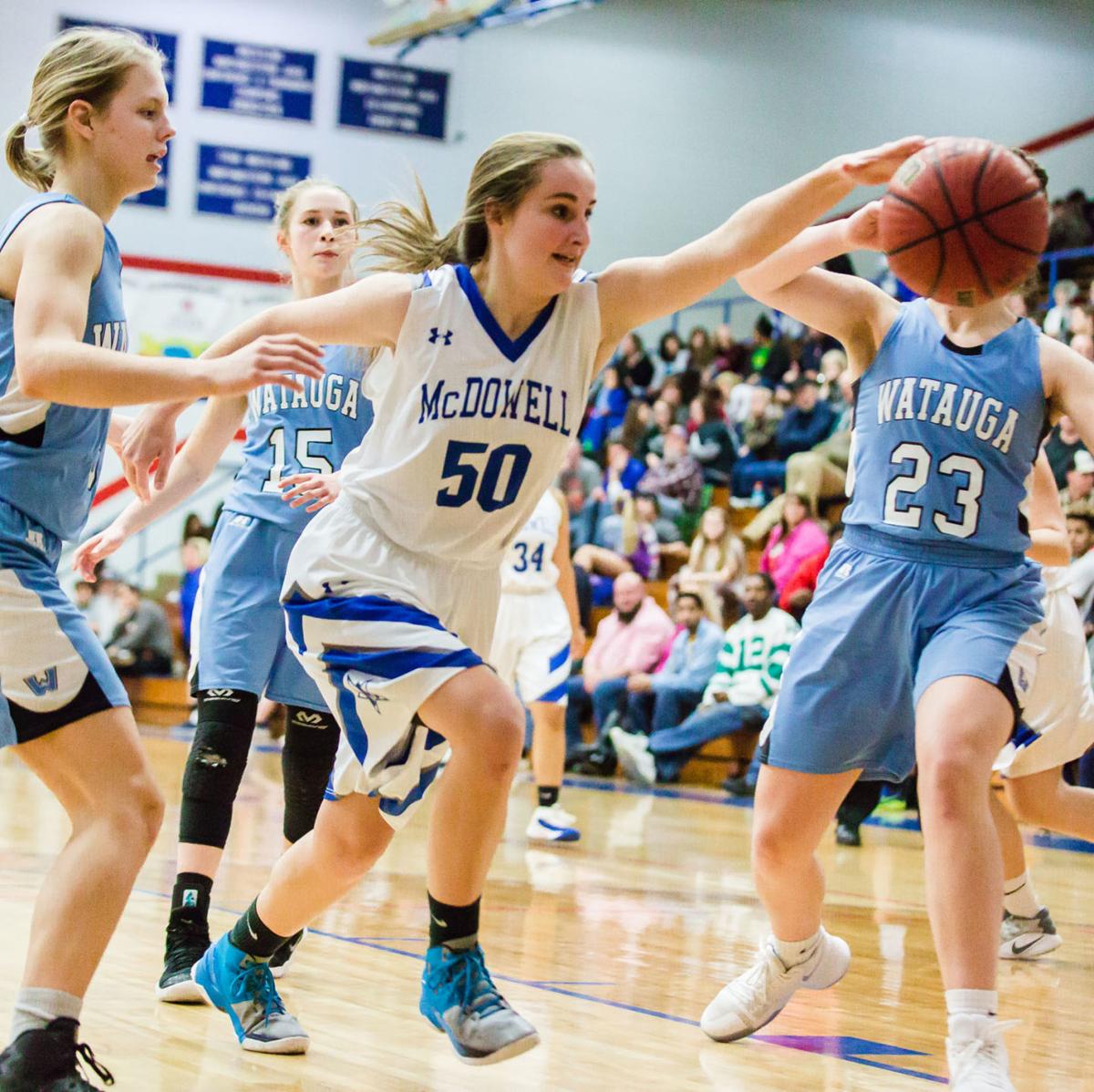 McDowell Lady Titans sophomore Makayla Brewer tries to save the ball during a game against Watauga. Brewer made the all-conference team. Josh Davis/blessmysoulphotography.com 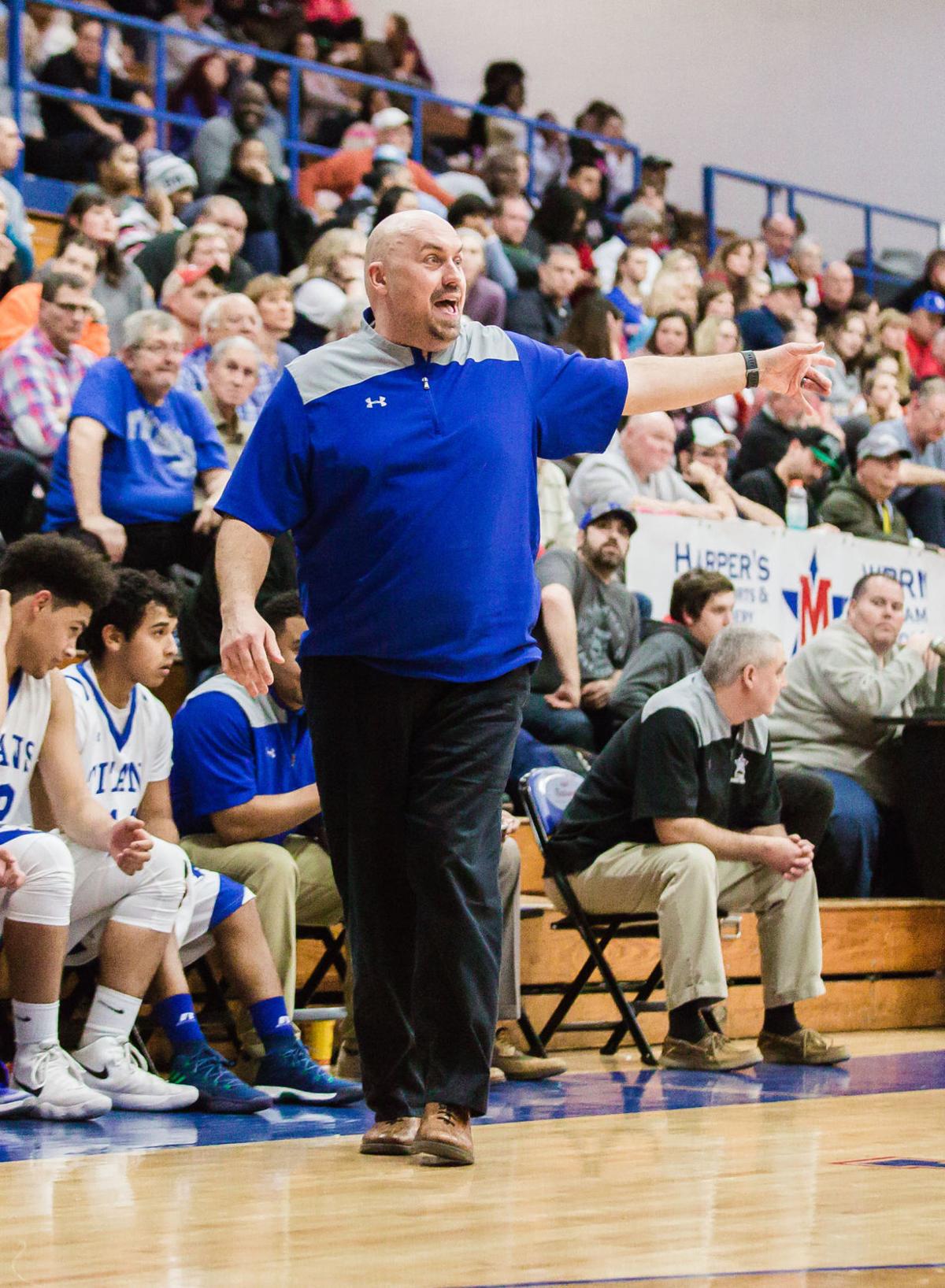 McDowell Titans head coach Brian Franklin is shown during the Titans' game with Freedom at McDowell Jan. 16. Franklin was named the Northwestern 3A/4A Conference's Coach of the Year. Josh Davis/blessmysoulphotography.com

McDowell senior Skyler McKinney shoots a jumper in a win over Alexander Central. McKinney was named to the All-NWC team. Josh Davis/blessmysoulphotography.com

McDowell Lady Titans sophomore Makayla Brewer tries to save the ball during a game against Watauga. Brewer made the all-conference team. Josh Davis/blessmysoulphotography.com

McDowell Titans head coach Brian Franklin is shown during the Titans' game with Freedom at McDowell Jan. 16. Franklin was named the Northwestern 3A/4A Conference's Coach of the Year. Josh Davis/blessmysoulphotography.com

The McDowell Titans played in a new conference this season, but some things remained the same.

Titans head coach Brian Franklin was named the Northwestern 3A/4A Conference boys Coach of the Year in voting by the league’s coaches released this week. Franklin received the same honor last season during the Titans’ final year as part of the Mountain Athletic Conference.

It’s the third COY award in boys’ hoops for McDowell’s seventh-year head coach. Prior to taking over the Titans’ program, Franklin was named Coach of the Year twice with the Lady Titans.

He is almost certainly the first person in the history of the Northwestern Conference to win Coach of the Year in both boys’ and girls’ basketball as well as being named the league’s Player of the Year, an honor he earned twice.

Franklin deflected the praise to McDowell’s players and assistant coaches.

“It is an honor to be recognized as the Coach of the Year in this league,” he said. “It is just another reflection of what a great group of players we had this year and of the tremendous season that they had. So much of the credit should go to the entire coaching staff. Joe Cash, Allen Tate and Turner Kincaid are all McDowell Titans. They take a great deal of pride in our school and our basketball program. They work extremely hard, and care a great deal about every player in our program.

“I'm thankful to each coach and player for the privilege of working with them daily.”

Franklin led the Titans to a 21-7 overall record and an 11-3 mark in the NWC. McDowell finished third in the conference standings behind Hickory (27-3) and Freedom (23-4), and was one of only three teams to defeat conference champs Hickory this year. The Titans advanced to the State 4A playoffs for the 31st time in the last 33 seasons.

This year’s McDowell team also became just the third group to win 20 or more games in two consecutive seasons in school history. The Titans went 25-3 in 2016-17. McDowell graduated three starters – and virtually all of its size – off that club, but still managed to compete with the league’s elite despite being one of the conference’s smallest teams.

McKinney and Silver were both vital to the Titans’ success.

A two-time all-conference selection, McKinney was sensational all season. He averaged 14.5 points, 10.6 rebounds, 5.1 assists and 1.3 steals per contest while shooting 45 percent from the field. The 6-foot-5 wing led the club in rebounds and assists for the second consecutive season.

McKinney racked up 19 double-doubles, including 12 in a row during a remarkable stretch in December and January. He also rang up two triple-doubles, both in wins over Watauga. Sixteen times, McKinney had double-doubles in points and rebounds to go with five or more assists.

Silver, a 6-foot senior point guard, made the team after earning honorable-mention status as a junior in the MAC. Silver, who possessed an uncanny knack for making game-winning and game-sealing shots down the stretch, led the Titans in scoring, averaging 17 per game.

Among Silver’s more memorable clutch baskets were a 3-pointer with 12 seconds left that gave the Titans a 61-60 win at St. Stephens; a bomb from the corner that put McDowell up 81-77 on Freedom with a minute to go in an 84-78 win in the semifinals of the conference tournament in Morganton; and a four-point play with a minute remaining that secured the Titans’ win over Hickory.

Silver finishes his three-year varsity career with 860 points and 167 3-pointers.

Williams, a junior guard, was named all-conference for the second time in her three-year varsity career. She led the team in scoring at 11.1 points per game, and was also tops in assists (2.5 apg) and steals (3.1 spg). Williams was third on the team in rebounding at 3.9 per contest. She led the Lady Titans in scoring 12 times.

Brewer, a sophomore post, made her first appearance on the all-league team. Brewer led the club in rebounding at 7.9 per game. She also shot a team-best 57.3 percent from the floor. Brewer was third in scoring at 8.3 per game. She also averaged 1.6 assists and shot 75 percent from the free throw line. Brewer led the team in rebounds 12 times despite missing two conference games with an injured knee.

Abee, a junior guard, was named Player of the Year after averaging 19.4 points, 5.3 assists and 3.4 rebounds per game for the Patriots.

South Caldwell’s Starnes, a senior guard, was named Player of the Year after averaging 16 points per game. Watauga’s Laura Barry, who led the Pioneers to a 22-5 record and a share of the conference regular-season championship with Freedom, was named Coach of the Year.

ON THE LEVEL MOLD & REPAIR SERVICES